Biofilms7 will take place in June 2016 in the city of Porto, Portugal.

Biofilms7 will take place during 26th-28th June 2016 in the city of Porto, one of the most exciting cities of northern Portugal, and several times elected best European destination.

Biofilms7 will be hosted by the biofilm research groups of University of Minho and University of Porto. This event belongs to a series of well-known conferences. The two most recent ones were held in Vienna (Biofilms 6) and Paris (Biofilms 5). The topics of Biofilms7 are already defined and can be found at http://biofilms7.com/. Consider arriving to Porto a few days before: during the night of 23rd to the morning of 24th, the city celebrates its century old tradition of São João (Saint John) folk celebrations (midsummer’s eve celebrations). 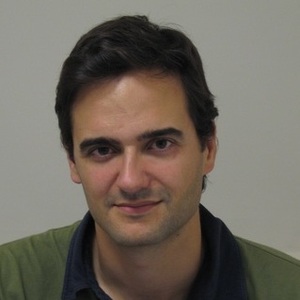 Nuno Azevedo obtained his degree in Biological Engineering in 2001 at the University of Minho (UMinho), Portugal. He then finished his PhD on Chemical and Microbial Technology in 2005 at the same institution. After holding a Post-doctoral position at the UMinho and the University of Southampton (UK) for 4 years, he started a Faculty Research Fellow position at the Faculty of Engineering of the University of Porto in June 2009. Nuno Azevedo’s main research interests are to understand the population dynamics in biofilms and explore the potential of peptide nucleic acids (PNA) and other nucleic acid mimics for the rapid localization and detection of microorganisms.
Follow
npj Biofilms and Microbiomes Community
We use cookies to help improve your experience. By continuing to browse our website you are consenting to our use of cookies.
Learn more