Transgenerational gut microbiome study and the effects of diet

An interesting new paper which looks at the gut microbiome changes across generation in response to diet changes concludes that changes to diet may not be enough to restore healthy microbiota.

Diet-induced extinctions in the gut microbiota compound over generations

Over our history, humans have experienced major dietary changes, including a shift to low-fibre intake in Westernized populations, which is paralleled by a general loss in the diversity of the gut microbiota. Microbiota-accessible carbohydrates (MACs), which are abundant in dietary fibre, are the primary source of carbon and energy for the distal gut microbiota. This study shows that in mice on a low-MAC diet, the diversity of the microbiota is depleted and that this effect is transferred and compounded over generations, such that the low abundant taxa are progressively lost from one generation to the next, particularly those of the order Bacteroidales, which are proficient in the consumption of dietary fibre. This phenotype is not reversible simply by reintroducing dietary MACs, but requires supplementation of the missing taxa via faecal microbiota transplantation. These findings suggest that a change in diet alone may be insufficient to restore a healthy microbiota in individuals with dysbiosis.

The gut is home to trillions of microorganisms that have fundamental roles in many aspects of human biology, including immune function and metabolism1, 2. The reduced diversity of the gut microbiota in Western populations compared to that in populations living traditional lifestyles presents the question of which factors have driven microbiota change during modernization. Microbiota-accessible carbohydrates (MACs) found in dietary fibre have a crucial involvement in shaping this microbial ecosystem, and are notably reduced in the Western diet (high in fat and simple carbohydrates, low in fibre) compared with a more traditional diet3. Here we show that changes in the microbiota of mice consuming a low-MAC diet and harbouring a human microbiota are largely reversible within a single generation. However, over several generations, a low-MAC diet results in a progressive loss of diversity, which is not recoverable after the reintroduction of dietary MACs. To restore the microbiota to its original state requires the administration of missing taxa in combination with dietary MAC consumption. Our data illustrate that taxa driven to low abundance when dietary MACs are scarce are inefficiently transferred to the next generation, and are at increased risk of becoming extinct within an isolated population. As more diseases are linked to the Western microbiota and the microbiota is targeted therapeutically, microbiota reprogramming may need to involve strategies that incorporate dietary MACs as well as taxa not currently present in the Western gut. 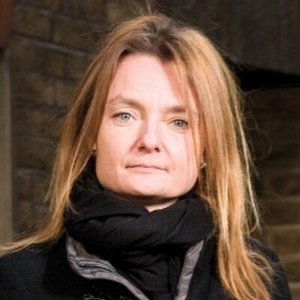