Menu
A community from npj Biofilms and Microbiomes
Getting Published

Nature Publishing Group is a member of OASPA (the Open Access Scholarly Publishing Association). As more and more publishers launch open access journals, this organisation is playing a critical role in helping to ensure a high level of standards and best practice for the communities that we serve. I’m recently back from their annual conference, where around 150 delegates gathered to hear the latest developments in open access from a wide variety of speakers including researchers, librarians, funders and publishers.

What is becoming increasingly apparent in settings like this is that there is growing support for immediate open access and open data, with stronger and more stringent funding policies. The goals for each policy are broadly the same: to increase the accessibility of research and to make it as widely available as possible. “We want an open, transparent system for scholarly communication,” said Ron Dekker of the NWO. This was echoed by the hosts for the conference, the Royal Netherlands Academy of Arts and Sciences (KNAW), who highlighted that it is the Netherland’s turn to be president of the European Union in 2016, and open access will be high on their agenda.

A further presentation from funders included Jennifer Hansen from the Bill and Melinda Gates Foundation. Their groundbreaking policy for open access came into force from January 2015 (with a two year transition period), which mandates that all publications resulting from funded research must be available immediately upon their publication, without any embargo period, including underlying data. Fully open access journals such as npj Biofilms and Microbiomes already comply with such policies, but this will not be the case for many other journals in the field. You can search for policies that may be relevant to you via the NPG author funding service.

Collaboration was a major theme throughout the conference. Open access papers are facilitating faster collaboration, as Salvatore Mele presenting on behalf of CERN demonstrated. Via their SCOAP3 initiative, a collaboration between publishers, funders and institutions launched in 2014, there have been some 7500 high energy physics papers published supporting some 18,000 authors from 90 countries.

Open access is also supporting more rigorous science. Other presentations touched on text and data mining, reproducibility and more transparency for research. We are starting to really see the impact of open policies from the past decade now, with firm evidence that open access publication is helping to spread ideas, and helping to change the world.

For more information about how open access is benefiting authors, visit our open research portal on nature.com. 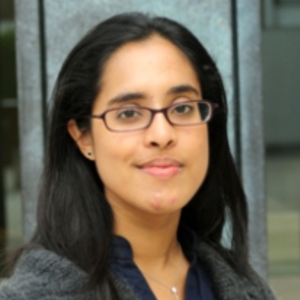 I'm lucky enough to manage a fantastic marketing team at Springer Nature who bring together market insights with market development to promote all our open products and services – books, journals and data
Follow

Tips for Using Social Media to Promote Your Research
Getting Published

Tips for Using Social Media to Promote Your Research

Emma Hedington
Who, What, Where, When, Why: Using the 5 Ws to communicate your research
Getting Published

Who, What, Where, When, Why: Using the 5 Ws to communicate your research

Joe Bennett
npj Biofilms and Microbiomes Community
We use cookies to help improve your experience. By continuing to browse our website you are consenting to our use of cookies.
Learn more