Researchers from Harvard Medical School and Boston Children’s Hospital describe a new method for studying cause-and-effect relationships within the microbiome in a recent study published in Nature.

Microbiome-wide association studies often generate long lists of microbes implicated in health or disease, but moving beyond these correlations to addressing causation is challenging. Studying all the identified microbes, or even just the top candidates, in mouse models is often not feasible. Neeraj Surana and Dennis Kasper approach this issue in a study published in Nature in December 2017. They observed that mice colonized with a mouse microbiota (MMb) were more sensitive to DSS-induced colitis than mouse colonized with a human microbiota (HMb). Thereafter, instead of focusing only on microbes that differed between the two groups, they co-housed the mice to generate hybrid-microbiota animals with intermediate phenotypes.

Performing four pairwise comparisons between mice with less or more severe disease led to the identification of only one taxon, Lachnospriaceae, that was present in all comparisons. The researchers managed to isolate a single Lachnospriaceae isolate from HMb feces, and showed that MMb mice treated with this isolate were protected from colitis-associated death. This approach, termed microbe-phenotype triangulation, therefore led to the discovery of an isolate that is causally related to protection from colitis. The authors suggest that this tool can be more generally applied to human microbiome studies to identify disease-related microbes.

Microbiome-wide association studies have established that numerous diseases are associated with changes in the microbiota. These studies typically generate a long list of commensals implicated as biomarkers of disease, with no clear relevance to disease pathogenesis. If the field is to move beyond correlations and begin to address causation, an effective system is needed for refining this catalogue of differentially abundant microbes and to allow subsequent mechanistic studies. Here we demonstrate that triangulation of microbe–phenotype relationships is an effective method for reducing the noise inherent in microbiota studies and enabling identification of causal microbes. We found that gnotobiotic mice harbouring different microbial communities exhibited differential survival in a colitis model. Co-housing of these mice generated animals that had hybrid microbiotas and displayed intermediate susceptibility to colitis. Mapping of microbe–phenotype relationships in parental mouse strains and in mice with hybrid microbiotas identified the bacterial family Lachnospiraceae as a correlate for protection from disease. Using directed microbial culture techniques, we discovered Clostridium immunis, a previously unknown bacterial species from this family, that—when administered to colitis-prone mice—protected them against colitis-associated death. To demonstrate the generalizability of our approach, we used it to identify several commensal organisms that induce intestinal expression of an antimicrobial peptide. Thus, we have used microbe–phenotype triangulation to move beyond the standard correlative microbiome study and identify causal microbes for two completely distinct phenotypes. Identification of disease-modulating commensals by microbe–phenotype triangulation may be more broadly applicable to human microbiome studies. 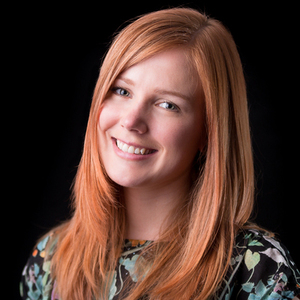 I'm a microbiologist working at the Institute of Environmental Medicine, Stockholm. My research interest lies in the link between the human microbiome and health. My current research focuses on the interaction between the skin and gut microbial communities, environmental biodiversity and allergy. Twitter: @NooraOttman
Follow

MALDI-TOF mass spectrometry for the identification of biofilms

Celia Fortuna Rodrigues
npj Biofilms and Microbiomes Community
We use cookies to help improve your experience. By continuing to browse our website you are consenting to our use of cookies.
Learn more