Several human diseases, such as IBD, obesity, cancer, diabetes mellitus, and autism, have all been linked to an imbalance in the gut microbiota. This dysbiosis is usually associated with an expansion of bacteria belonging to the Enterobacteriaceae family, e.g. E. coli. Last year, Sebastian Winter and colleagues (UT Southwestern, Texas) found that molybden-cofactor-dependent metabolic pathways and anaerobic respiration are linked to this bacterial bloom (1).

In last week’s issue of Nature, the work is now brought further and the researchers & collaborators show that bacteria lacking the molybden cofactor, and thus are unable to carry out anaerobic respiration, are outcompeted during anaerobic growth. This phenotype held true both in vitro and in mouse colitis models, where several different Enterobacteriaceae strains were included.

Tungsten can replace molybden in its cofactor, rendering it inactive. Interestingly enough, when Winter and colleagues added tungstate to the bacteria in either model, the fitness advantage of the wildtype strain was completely abolished. Excitingly enough, the addition of tungstate reduced the number of Enterobacteriaceae with several orders of magnitude, without affecting other bacterial families, and importantly, this was associated with a clear reduction in intestinal inflammation.

Furthermore, the effect on the microbiota by tungstate was not only seen for mouse microbiota: when bowel inflammation was induced, tungsten also reduced intestinal Enterobacteriaceae and inflammation in mice transplanted with human microbiota from patients with active inflammatory bowel disease.

Broad-range antibiotic treatment reduces the number of many members of the gut microbiota, but cannot discriminate between the ‘good’ and the ‘bad’. This study offers an exciting way towards specifically limiting the expansion of parts of the microbiota and may be a means to limit human diseases that are associated with such an imbalance in the future.

Inflammatory diseases of the gastrointestinal tract are frequently associated with dysbiosis characterized by changes in gut microbial communities that include an expansion of facultative anaerobic bacteria of the Enterobacteriaceae family (phylum Proteobacteria). Here we show that a dysbiotic expansion of Enterobacteriaceae during gut inflammation could be prevented by tungstate treatment, which selectively inhibited molybdenum-cofactor-dependent microbial respiratory pathways that are operational only during episodes of inflammation. By contrast, we found that tungstate treatment caused minimal changes in the microbiota composition under homeostatic conditions. Notably, tungstate-mediated microbiota editing reduced the severity of intestinal inflammation in mouse models of colitis. We conclude that precision editing of the microbiota composition by tungstate treatment ameliorates the adverse effects of dysbiosis in the inflamed gut. 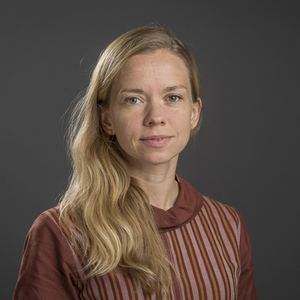 Matthew Aijuka
about 4 years ago

Mamdouh sabry
about 4 years ago