B. subtilis forms different types of biofilms but it is especially famous for pellicles that assemble at oxygen-rich liquid-air interfaces. B. subtilis biofilms (either in form of pellicles or colonies) exhibit very complex, wrinkly structure and their maturation depends on secretion of extracellular matrix components. One of the basic questions during my postdoctoral work at Á.T. Kovács’ group was – how B. subtilis adapts to biofilm lifestyle? To address this issue, we planned a serial transfer experiment involving 6 parallel B. subtilis pellicles. The idea was to collect mature pellicles every 2nd day from the medium, disturb them using sterile glass sand and transfer a small fraction of cells to the fresh medium. Changes in biofilm productivity or colony morphology were tracked every 5th transfer using standard CFU assay.

After 10 transfers, I could already observe an increase in biofilms productivity. After 19 transfers, I spotted smooth-edged colonies (later called Smooth) that did not resemble typical irregular colonies of B. subtilis. Moreover, I could occasionally observe unusual, vastly spreading colonies (later called Spreader). In total we could distinguish 4 different colony types (Wrinkly, Rough, Spreder and Smooth) that reproducibly emerged in all 6 evolved pellicle biofilms.

Evolved population stocks rested in the -80°C freezer until the arrival of an enthusiastic guest Bachelor student recommended by Srinandan Chakravarthy from Sastra University. Nivedha regrew the stocks and spent long hours on determining the exact frequencies of each morphotype in all 6 populations. Later, with help of Oliver Lieleg and Carolina Falcon Garcia from Technical University of Munich, we managed to quantitatively describe differences in surface complexity of Wrinkly, Rough, Spreader and Smooth colonies. Intriguingly, the morphotypes differed in their wetting properties: the Smooth easily absorbed water, while for example the Wrinkly was strongly hydrophobic. Water repellency is an important feature of B. subtilis biofilms and it was obviously lost by the Smooth colonies.

In addition, the Smooth was not able to form pellicle on its own, but it was taking advantage of other morphotypes, predominantly thriving in the bottom layers of the pellicle. The strain could also be partially complemented by the supernatant obtained from the pellicle-forming ancestor. Series of productivity measurements and correlation analyses indicated that the ‘hitchhiking’ of the Smooth in the pellicle negatively affects biofilm productivity. With help of a PhD student in our group, Marivic Martin, we were able to demonstrate that the expression of matrix-related genes was significantly decreased in the Smooth, but increased in Wrinkly, Rough and Spreader.  Sequencing of genomic DNA obtained from the peculiar morphotypes (thanks to Balázs Horváth and Gergely Maróti at SEQomics and Biological Research Centre in Hungary) allowed us to point out several mutations that might be important in observed diversification process. 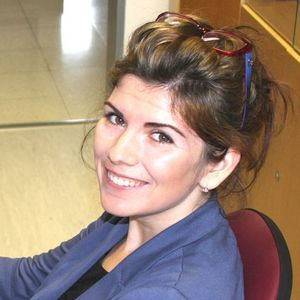 Tom Coenye
Do biofilms link microbiome dysbiosis and colorectal cancer?
Behind the Paper

Ben Libberton
npj Biofilms and Microbiomes Community
We use cookies to help improve your experience. By continuing to browse our website you are consenting to our use of cookies.
Learn more