How bacteria can help fungi have sex

Researchers from the University of California Berkeley, the Joint Genome Institute and the Cornell University explored the mutualism between the fungus Rhizopus microsporus and a beta-proteobacterium Burkholderia.

A research team from the Cornell University, the Joint Genome Institute (Walnut Creek, California) and the University of California Berkley, leaded by Teresa E. Pawlowska and Stephen L. Mondo, published a fascinating paper on the symbiontic relationship between the fungus Rhizopus microsporus and the endobacteria Burkholderia. The paper focused on the transcriptional control by the endobacteria on the fungal ras2 gene, encoding for a GTPase connected with the fungal reproduction. Results obtained allowed the team to hypothesize that R. microsporus is highly dependent to complete the life cycle on the Burkholderia, as showed by the loss of sporulation in mycelia treated with antibiotics that eradicate the endobacteria. Although the fungus could grow vegetatively, it was unable to proliferate asexually and its ability to reproduce sexually was severely compromised. In the same work, candidate trisporic acid receptors (TARs) were also discovered. These receptors could be responsible for perception of trisporic acid – which act as sex pheromones - and are uniquely utilized by this group of fungi.

Symbiosis can be the natural evolution of a parasitic relationship, a transition from antagonism to mutualism. Results described in the paper showed that in the Rhizopus microsporus-Burkholderia mutualism, the endosymbiont controls its own vertical transmission, a prerequisite for the antagonism-to-mutualism transition in heritable symbioses. In addition what established by authors represents a powerful tool to generate insights into the reproductive biology of Mucormycotina.

Many heritable mutualisms, in which beneficial symbionts are transmitted vertically between host generations, originate as antagonisms with parasite dispersal constrained by the host. Only after the parasite gains control over its transmission is the symbiosis expected to transition from antagonism to mutualism. Here, we explore this prediction in the mutualism between the fungus Rhizopus microsporus (Rm, Mucoromycotina) and a beta-proteobacterium Burkholderia, which controls host asexual reproduction. We show that reproductive addiction of Rm to endobacteria extends to mating, and is mediated by the symbiont gaining transcriptional control of the fungal ras2 gene, which encodes a GTPase central to fungal reproductive development. We also discover candidate G-protein-coupled receptors for the perception of trisporic acids, mating pheromones unique to Mucoromycotina. Our results demonstrate that regulating host asexual proliferation and modifying its sexual reproduction are sufficient for the symbiont ’s control of its own transmission, needed for antagonism-to-mutualism transition in heritable symbioses. These properties establish the Rm-Burkholderia symbiosis as a powerful system for identifying reproductive genes in Mucoromycotina. 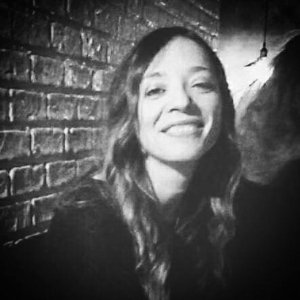