Our article entitled "Developing selective media for quantification of multispecies biofilms following antibiotic treatment" was published in the journal PlosOne. The Nature Research team had a few questions for us about our article, and we have answered them below.

With the realization that many infections are polymicrobial in nature, research on multispecies communities is receiving more and more attention. This is for example the case in the context of respiratory tract infections in cystic fibrosis (CF) patients.  One of the bottlenecks is that quantitative recovery of different species is difficult, due to the lack of methods that are both sufficiently specific (i.e. allow to selective isolate a single species) and allow quantitative recovery. Especially the effect of preceding antibiotic treatment on selective recovery is often neglected. The main aim of our study was to develop a straightforward method to quantify defined multispecies consortia before and after antibiotic treatment.

Since we wanted to use the quantification method for CF-related multispecies biofilms, we selected six species that are frequently co-isolated from the CF lung: Pseudomonas aeruginosa, Staphylococcus aureus, Streptococcus anginosus, Achromobacter xylosoxidans, Rothia mucilaginosa, and Gemella haemolysans. For the selective medium optimization, we then followed a clear step-by-step plan. First, we used planktonic cultures to screen a large number of media and incubation conditions. Secondly, as we wanted to use the media for selective quantification in biofilm studies, biofilm-derived cells were plated on multiple candidate-media to select the optimal conditions. Finally, biofilms were treated with various antibiotics and recovery was evaluated again.  To account for strain variation, experiments were carried out with multiple isolates.

While this work is conceptually straightforward, evaluating the different media and growth conditions both for single and multispecies communities required a lot of plating. In addition, we often identified media that were almost selective (meaning they inhibited growth of all unwanted organisms, except one), but making that last step, from almost selective to fully selective, without losing the ability for accurate quantification was often challenging. In order to get to this point, large screenings were required, to find the selective agent that would do the job, and to investigate its effects on quantitative recovery on various media. After the final media were composed, the biggest task was to condense all information into a clear path for readers to follow. Since many attempts at supplementation for selectivity did not succeed entirely we had to take a step back in the development process for different media. So, not everything went as straightforward as planned - but does it ever in science?

We have shown that quantitative recovery on selective media following antibiotic treatment is not straightforward. Since many studies aim to quantify bacteria recovered from treated multispecies biofilms, researchers should be aware of this. The selective media we developed can be used to quantify microbes recovered from communities exposed to different conditions, e.g. after challenge with antibiotics, or after growth under in vivo-­like conditions. This will lead to a better understanding of fundamental aspects about the relationship between microbiome composition and environmental factors. More specifically, we anticipate this could lead to novel insights concerning the role of the microbiome on CF disease progression. 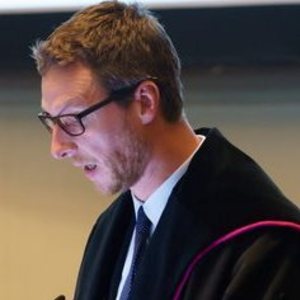 Noora Ottman
npj Biofilms and Microbiomes Community
We use cookies to help improve your experience. By continuing to browse our website you are consenting to our use of cookies.
Learn more