Most pathogenic bacteria are gram-positive. Of course, colour should only apply to bacteria, not people. 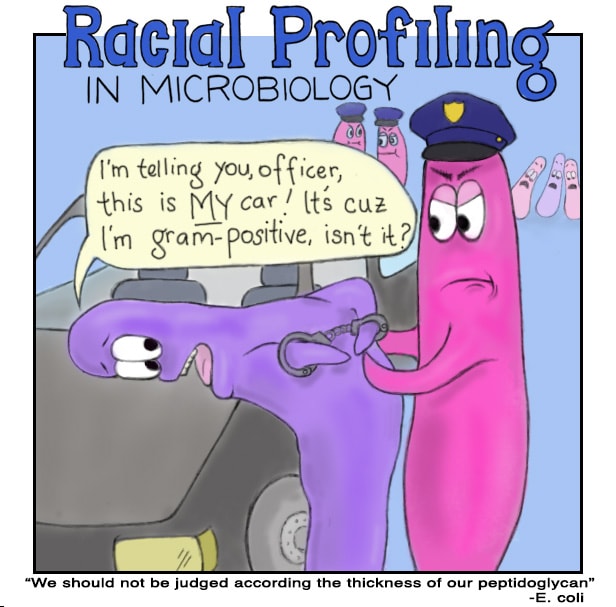 Gram staining is a way to distinguish bacteria that possess peptidoglycan and those that don’t. Peptidoglycan is like an exoskeleton that gives the bacterial outer layer rigidity, to protect it from exploding from the osmotic pressure of their cytoplasm (watery stuff inside that holds their organs in a gel-like fashion). A gram-positive stain results in a blue-violet colour because peptidoglycan can hold the dye, whereas gram-negative bacteria cannot and instead exhibits the pink counterstain colour. Most pathogenic bacteria are gram-positive. Of course, colour should only apply to bacteria, not people.