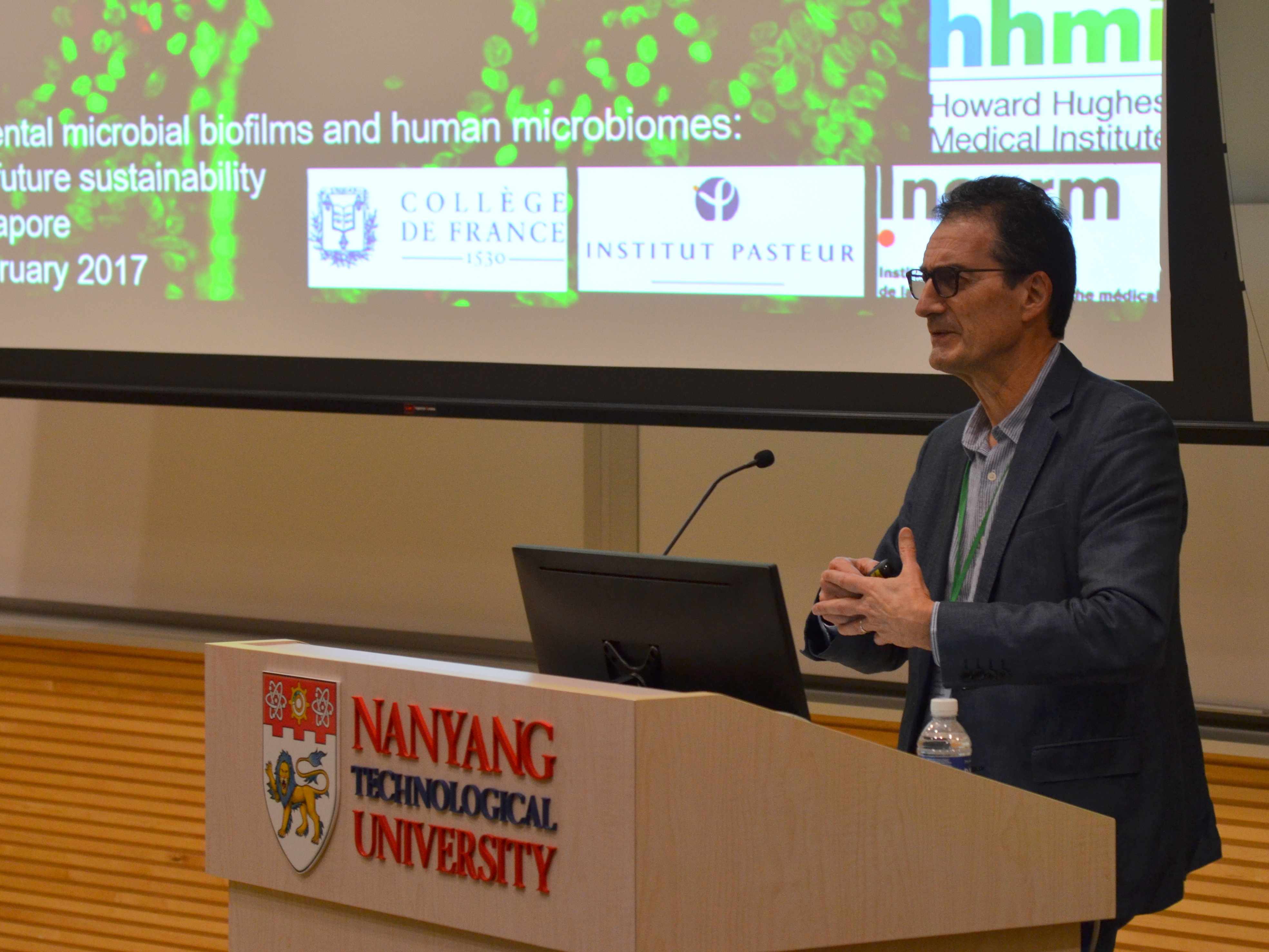 Sansonetti discussed Gut microbiomes in health and disease: From description and correlation to experiments and function. The concept of gut microbes affecting host well-being is not exactly new, having been documented as early as 1909 (Kendall, A.I. (1909) J Biol Chem 6:499-507), but technologies have changed our insight into functions and disfunctions associated with these interactions.

Research focusing on gut microbiomes in health and disease has shifted from taking a descriptive/correlative perspective to that of an experimental approach to decipher functions. This paradigm shift was facilitated by technological advances such as next generation sequencing, which has enabled studies to move beyond the single microbe/single pathogen-single host

Sansonetti said there is a need to develop further experimental approaches in models systems to identify and functionally decipher host-microbiome cross talks, to understand gut microbiomes as drivers of health. Studies often remain descriptive and we need to integrate different approaches to move from correlative to experimental and causative. The challenge remains, to decipher functions to secure effective intervention.

Coevolution has long existed between humans and their microbiomes, and changes in the latter can result in disease. The presence or absence of key species in a microbiome can tip the balance between function or disfunction. He cited a need to develop more sophisticated sampling techniques to attain bacteria at the sight of functioning, and not just rely on faecal samples. This approach, however, does not come without complications, as the detriment of invasive procedures needs to be considered with respect to the benefits.

Future challenges include identifying gene/taxon-based markers and metabolic signatures as disease biomarkers, and filling the gaps between descriptive/correlative and causality links in clinical trials – for example, is the microbiome community resulting from the disfunction or causing it? 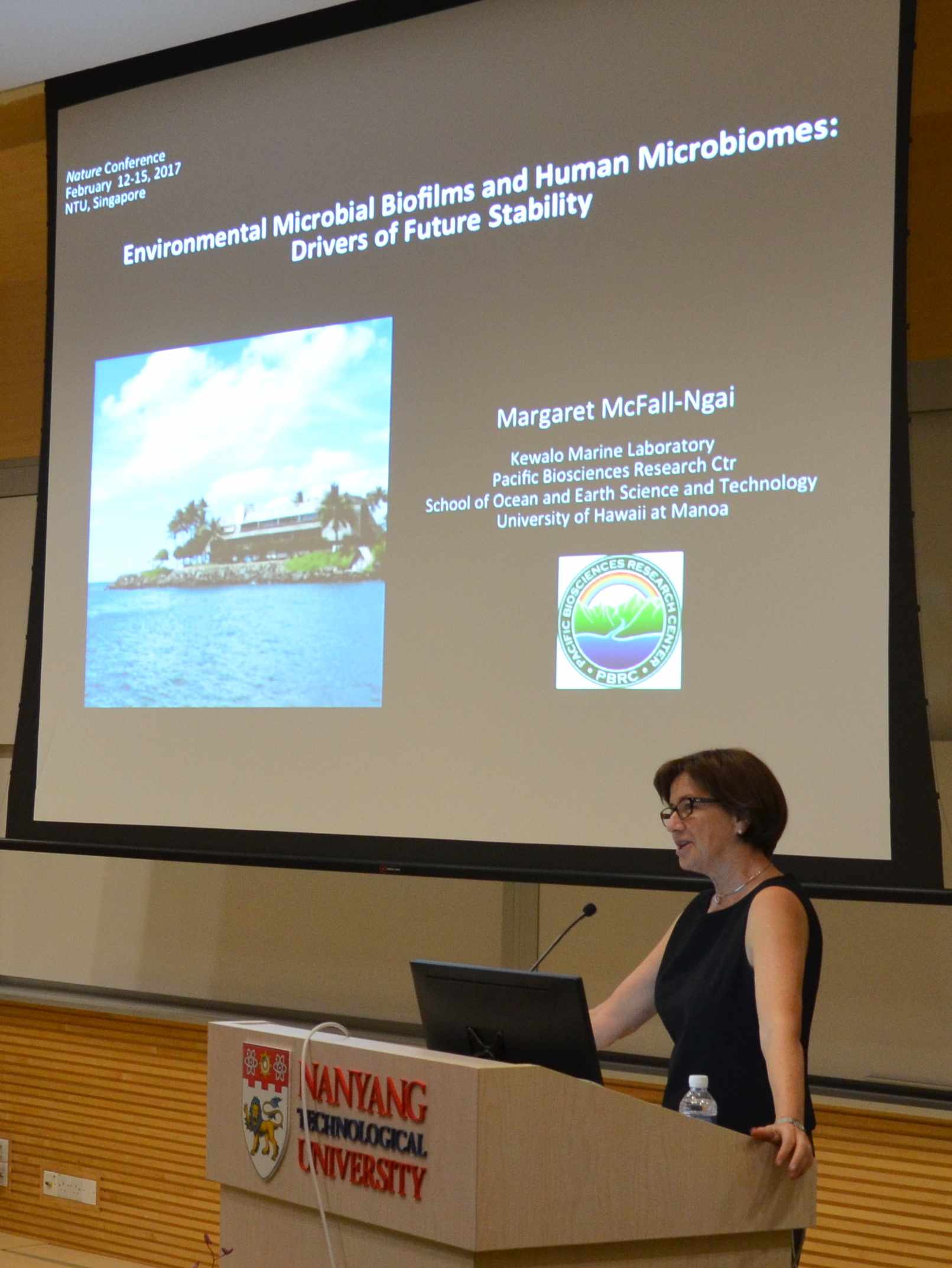 McFall-Ngai’s presentation titled First contact: Establishing diplomatic relations in and animal bacterial symbiosis, discussed the coevolution of animal-microbial associations that date back more than 800 million years. This evolutionary selection in nature has resulted in a spectrum of interactions, which can be categorised as having: unilateral transient dependence; or bilateral/multilateral sustained dependence. Examples of the former include cues released by marine biofilms that attract invertebrate larvae to settle, where by the invertebrates benefit, but no advantage is evident for the biofilm itself. Similarly, bacteria may have driven the evolution of multicellularity in choanoflagellates (water-dwelling organisms that feed on bacteria) with no known advantage to themselves (Alegado et al. (2012) eLife 1: 00013). Bilateral/multilateral sustained dependence, however is far more common and involves a whole array of symbiotic interactions, from simple to complex. Such animal-microbiome systems provide powerful tools to understand the ways in which organisms function, and there are several natural model systems that have been extensively studied (e.g. hydra, honey bee, nematode, fruit fly and bobtail squid), along with manipulated laboratory-based models, (such as zebrafish and mice). McFall-Ngai provided detailed description of the complex interactions of the bob-tail squid (Euprymna scolopes) involving colonisation of its light organ by the bioluminescent bacterium Vibrio fischeri. The host-microbe interactions cycle based on the diurnal behaviour of the host, whose biochemical and biophysical determinants prime the microbes to turn on genes for chemotaxis. A tissue biogeography can be defined within the light organ, with the host producing ‘antimicrobials’ to prevent colonisation of some tissue within the light organ passages.

The complex and highly specific interactions between the horizontally transferred bacterium and its host highlight the ability of both organisms to affect each other’s biology, and provide insights into how partner selection can be achieved and maintained. 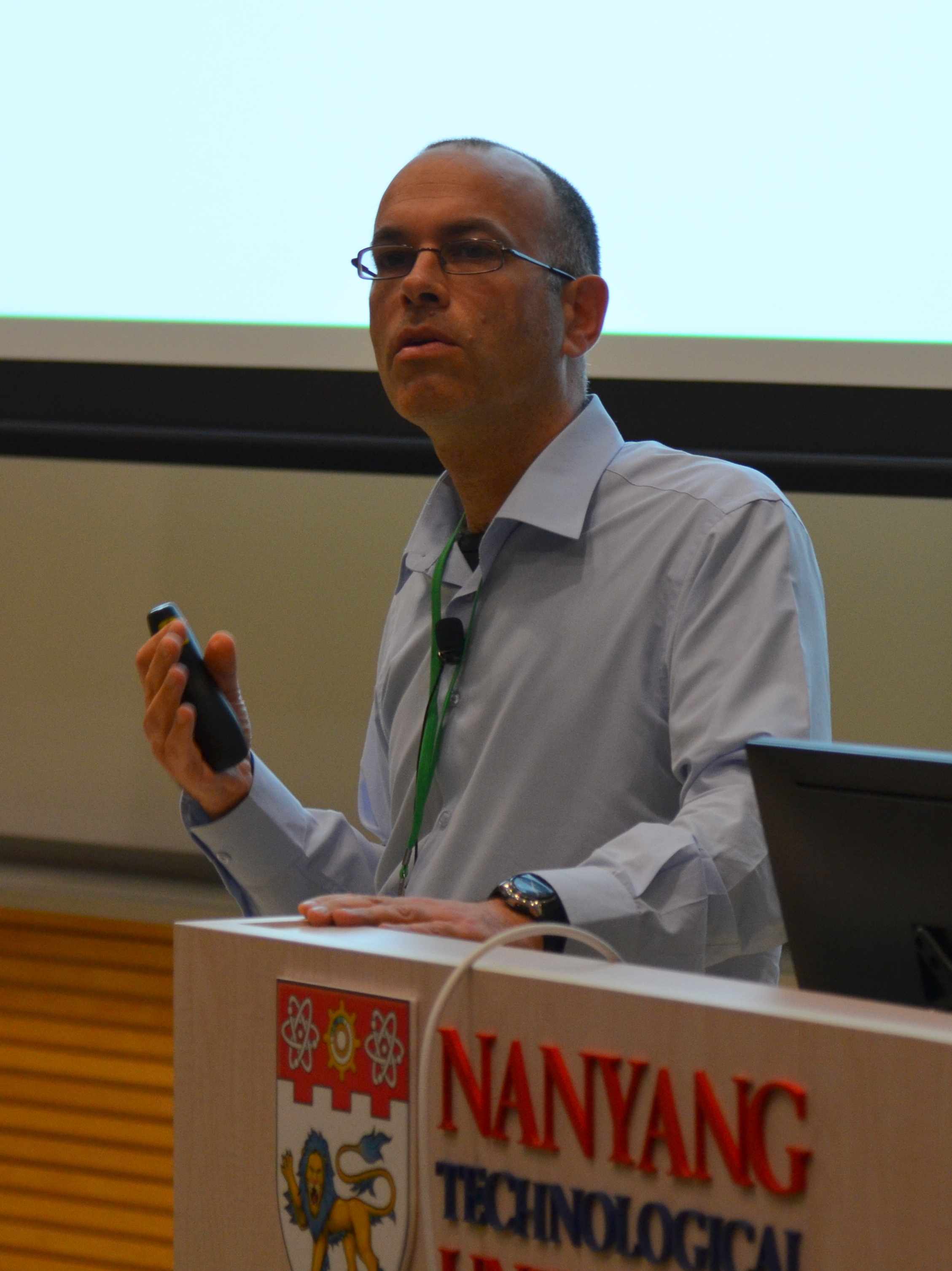 Kishony’s presentation on Emerging drug resistance in microbial communities demonstrated a novel way of considering how antibiotic resistance occurs with the evolution of intra-species diversity.

A better understanding, manipulation and prediction of the evolution of resistance is vital in a post antibiotic era. Kishony presented two approaches for systematically mapping mutations in the multi-step paths that lead to resistance: the Morbidostat; and the MEGA-plate. The Morbidostat imparts selection pressures on microbial cultures to select for resistant strains by increasing drug concentrations to maintain a fixed inhibition of microbial growth. The result is bacteria are fast to adapt through the multiple additive steps. The second technique, the microbial evolution and growth arena (MEGA) plate, is a powerful tool for systematically mapping antibiotic adaptation (Baym et al. (2016) Science 353: 1147-1151). The MEGA plate is an agar petri dish containing bands of increasing concentrations of antibiotics, so that colonies arising from a bacterial culture inoculated at the edge of the plate will have to pass through ever-increasing selection pressures as they colonise across the plate. The MEGA-plate also has the advantage of being highly visual and allows observers to discern points where mutations overcome the limitations imparted by the antibiotics. Mutants can be isolated from the agar and evolution can be mapped at the points where resistance is overcome.

Results from initial assays suggest that although some drugs may result in different pathways of resistance, the order of mutation accumulation is conserved. Parallel evolution is predictable, providing a powerful tool to pre-empt microbial behaviour in a clinical sense. Parallel evolution can also be mapped from a clinical setting using hospital isolates collected from individuals infected in the natural spread of pathogens, e.g. cystic fibrosis patients infected with Burkholderia dolosa. Mutations accumulate at a constant rate over time (much like a molecular clock) and antibiotic resistance genes evolve in parallel in multiple lineages.

The genomes of clinical isolates have a time stamp based on the mutations present and provide information on when they were sampled, the host they came from and the selection pressure. This marks a paradigm shift in antibiotic treatment by providing anticipatory diagnostics, whereby the evolutionary machinery allows for the systematic mapping of paths to resistance. It also introduces the potential for resistance rewinding treatment, combining drugs to reduce the fitness of resistant bacteria, thus reducing their competitiveness. 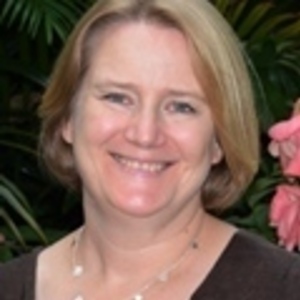