Discover the story behind our paper, "Tracing back ancient oral microbiomes and oral pathogens using dental pulps from ancient teeth", which was published in npj Biofilms and Microbiomes

Our article entitled "Tracing back ancient oral microbiomes and oral pathogens using dental pulps from ancient teeth" was published in the journal npj Biofilms and Microbiomes. The Nature Research team had a few questions for us about our article, which we have answered below.

What was the main aim of your research and why did you decide to investigate this?How did you go about designing your study?

Dental pulps have been used for long time as a source of ancient human DNA because these are highly irrigated soft tissues in the interior of teeth that remain very well conserved after death. In 1998 our lab was the first to show that they also conserve a record of systemic infections that were circulating in blood at death (Drancourt et al. 1998 PNAS). Recently, different works showed that is even possible to recover full genomes of systemic pathogens responsible of past epidemics (e.g., Black Death) using high-throughput sequencing. Dental pulps are, in a way, time capsules.

When we started the project we were investigating the case of 40 women skeletons that were found in Nigeria in a mass grave from the 13th-14th Century, who were suspected of death by epidemics. When we did a 16S rRNA amplicon sequencing on these samples to search for the presence of known deadly bacterial pathogens, we couldn’t find any when we compared against databases of known pathogens. However, in these analyses, we did find several sequences showing perfect and unambiguous matches against oral pathogens. We then wondered whether ancient dental pulps could also conserve information about oral microbes. To test this hypothesis, we collected several publicly available datasets from different sources, such as, modern oral microbiomes (saliva and oral cavity sites), modern teeth, soils from several different environments (as control of environmental contamination) and ancient dental calculus and ground teeth. In order to have a wider diversity of samples, we also processed new ancient dental pulps from teeth corresponding to First World War soldiers and modern dental pulps of recently extracted teeth.

When we didn’t find any pathogen that could explain mass-mortality in the Nigeria samples, we almost closed the project. Fortunately, we decided to continue the analysis a bit further and investigate why there were oral pathogens in dental pulps. Finding the proper approach for the data analysis was the most challenging part. Ancient samples are highly contaminated with environmental bacteria, so we had to find the good analysis and statistical strategies in order to find the oral microbiome signatures within the contamination noise.

In this work, we showed novel evidence of a widespread distribution of oral pathogens in ancient human populations. However, the most important discovery is that ancient dental pulps conserve information of oral bacteria. So far, dental pulps were only considered as good sources of human DNA and systemic pathogens. Here we showed that they also contain a new layer of highly useful information regarding the oral microbiome.

Read the article in full 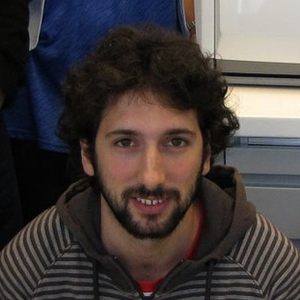 I am specialized in the field of metagenomics and environmental microbiology and ecology. I started my research career as a molecular and cell biologist, but then got fascinated by the “invisible” but highly predominant microbial worlds that prevail on every surface and environment of our planet and the possibility of accessing them with unprecedented detail using high-throughput sequencing and bioinformatics. Since then, I have explored a wide diversity of microbial communities and environments such as stromatolites and microbial mats from highly extreme environments, soil and crop-associated microbiomes from agricultural fields, human associated uncultured-viruses, ancient human microbiomes and even microbiomes from extinct species. I am always looking for new microbial worlds to discover and explore.
Follow

Ben Libberton
about 4 years ago
Great story - it's nice to see what goes into making a paper. The work is obviously really interesting to find out more about disease epidemics in the past. Is there anyway that these techniques can be used to model the spread of diseases today? I know there are lots of differences, especially with the we travel, but there is some value in being able accurately study a disease epidemic that has run it's course.

Nicolas Rascovan
about 4 years ago
Well, I really think past pathogens can give clues regarding pathogens' epidemics. Some works have already showed clues in that direction (see Rasmussen et al. Cell 2015). We are currently working on this direction... ;)

Ben Libberton
about 4 years ago
Great, I will look into it and I can't wait to see what you find!