ECM is considered a hallmark of biofilm formation and yet there are very few good tools for investigating it. Here is how we discovered an new method for visualising the ECM.

We study bacterial infection in real-time, as it occurs inside the infected organ of the live host. We have very strong indications that bacteria must form a biofilm in order to remain within perfused environments, such as the renal tubule of the kidney. To my great frustration, there haven’t been any non-toxic biofilm dyes that can be used in vivo, nor are there dyes that differentiates the components of the extracellular matrix. We therefore decided to develop a non-toxic dye, which can be applied to live bacterial cultures or inside a live host, giving us in real-time measurements of bacterial production of the extracellular matrix components. 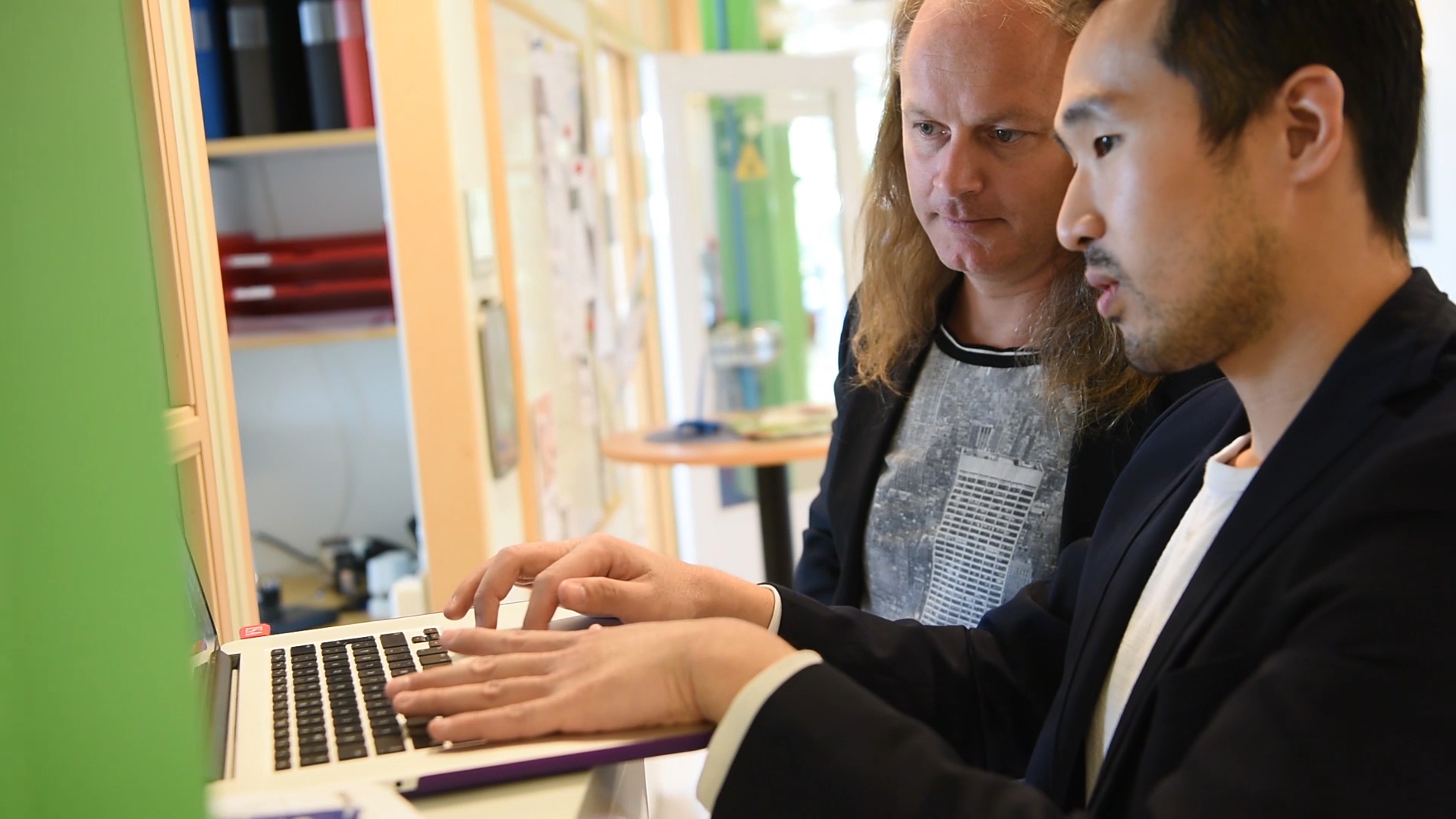 I am head of the center for nanomedicine at Karolinska Institutet. This is a highly interdisciplinary research area, which provides immense opportunities to learn about other scientific fields of research. When organizing a PhD course in nanomedicin, I heard Professor Peter Nilsson’s talk on his nanoprobes, which are extremely sensitive optical sensors for misfolded proteins and amyloids associated with Alzheimer's disease. It hit me that when bacteria form biofilms, they produce curli, an amyloid protein. This sparked an exciting, new study of nanoprobes as sensors for Salmonella biofilms.

Our biggest challenge was translating amyloid research to study bacterial infections. Biofilm ECM contains a complex mixture of chemically distinct components of both proteins and polysaccharides. Separating this complex mixture was not trivial, so it took time for us to interpret the results and to be sure that our results were correct. 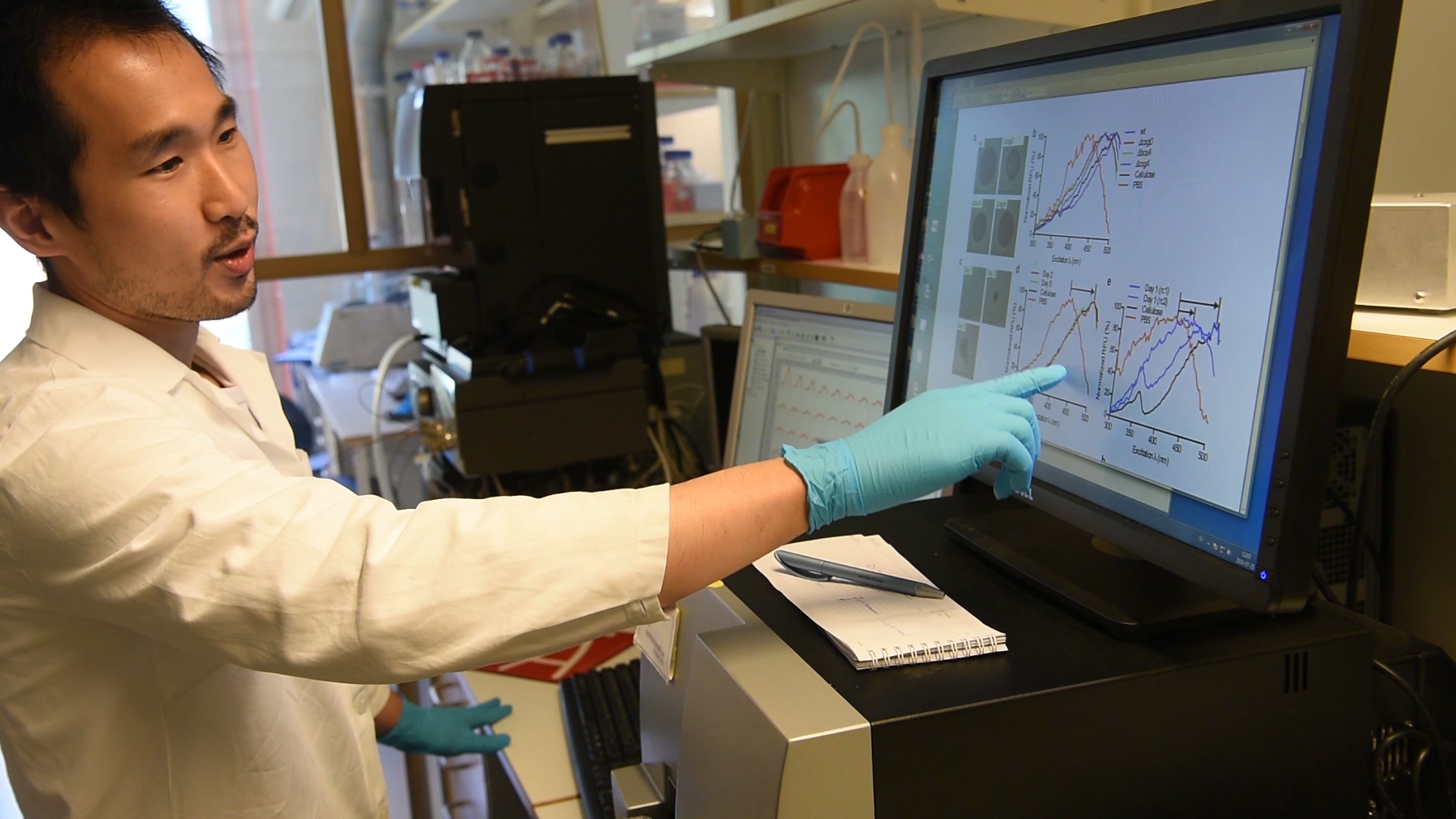 We discovered a new, safe and efficient method to detect Salmonella biofilm ECM. One aspect works through detecting the curli component in the way that Peter and I first hypothesized. The second finding was a little more unexpected. We realized that the probe also bound to the carbohydrate cellulose, another major component in the Salmonella biofilm, in a way that is totally different from curli. My PhD student Ferdinand Choong became very excited when he saw this result, which meant that we could use one nanoprobe to optically detect two different components of the Salmonella biofilm simultaneously. We are now able to study the kinetics of biofilm formation. Using wt and mutant strains, we showed that ECM genes are co-regulated in a temporal fashion. Finally, our results demonstrate that biofilm may play an important role in Salmonella pathogenesis, as we show bacteria expressing cellulose intracellularly in epithelial cells and macrophages, as well as in infected liver.

We now have a non-toxic dye for live biofilm studies. Currently, we are using this optotracing technique to study biofilm formation during infection within the live host. Having generated a novel tool, we hope to expand the use of the nanoprobes to different species of bacteria as well as different disease models. This is a major challenge, which requires a concerted effort of many researchers. We are really looking forward to see what other researchers will achieve with this technique.

By teaming up with engineers, we aim to expand our technique, making it useful in both research labs and in society. We have already found use of the method in the pulp-and-paper industry. Our discovery of nanoprobes for cellulose has opened up several new avenues for us, where cellulose is a key component. Performing basic and applied research in areas that bridges academic and industrial interests is only possible by broad-minded thinking in an interdisciplinary setting, as represented by the Swedish Medical Nanoscience Center.

Iqbal Ahmad
about 5 years ago
Very interesting method developed. Would like to use it in my study. Prof. Iqbal Ahmad

Iqbal Ahmad
about 5 years ago
Very interesting method developed. Would like to use it in my study. Prof. Iqbal Ahmad