A community from npj Biofilms and Microbiomes
News

Are the microbial inhabitants of the Thomas Jefferson Memorial about to be evicted?

Since 2006, the white dome of the iconic landmark has been gradually turning black. The National Park Service wants to do something about it. 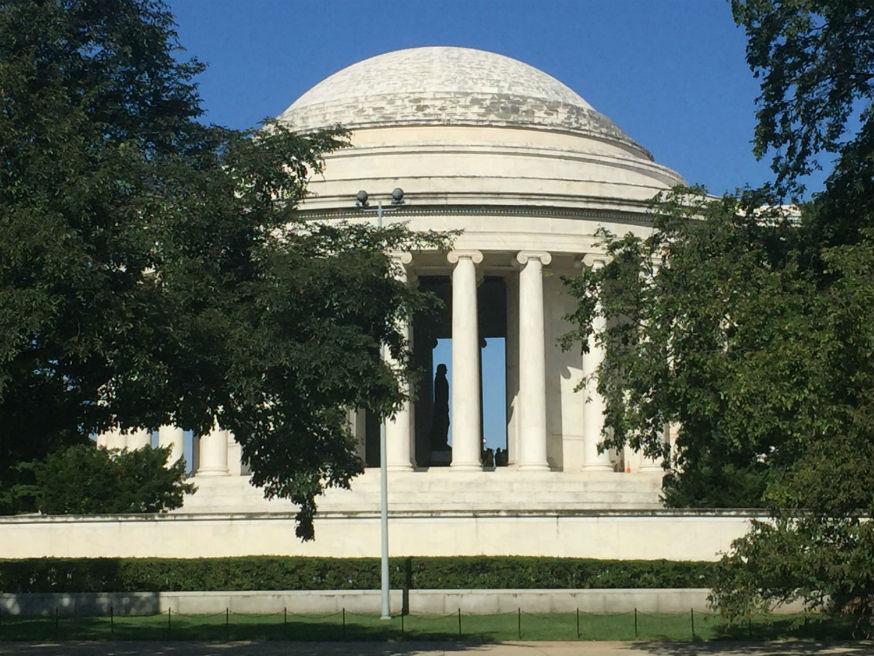 As ominous as this sounds, the National Park Service (NPS) believe this blackening to be caused by biofilm which basically means that since 2006, bacteria have been moving into the Thomas Jefferson Memorial and making it their home.

The NPS is keen to revert the monument back to it's pristine white state but this is not without problems. Firstly, removing the biofilm would not guarantee that it wouldn't come back, in fact, it almost certainly would. Secondly, some of the harsh cleaning regimes suggested would actually damage the marble more than the biofilm itself and thirdly, the biofilm maybe even protecting the monument in some way. *gasp!*


As a press release from the NPS pointed out, this phenomenon is not unique to the Thomas Jefferson Memorial:

"The blackening effects of biofilm are not a problem unique to the Jefferson Memorial. It can be found throughout Washington, from the Lincoln Memorial to tombstones at Congressional Cemetery, and around the world, from Hadrian's Villa in Italy to Angkor Wat in Cambodia and even on monuments in Egypt."

Maybe I'm biased, but if I went to visit these monuments and I could see a biofilm on top, I think I would probably like them more.

Here is a link to the NPS press release:

as well as coverage in some news outlets: 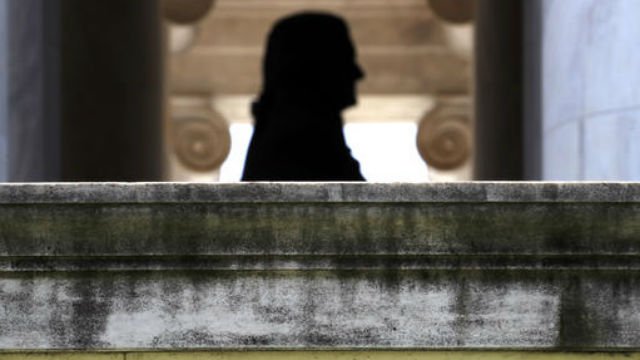 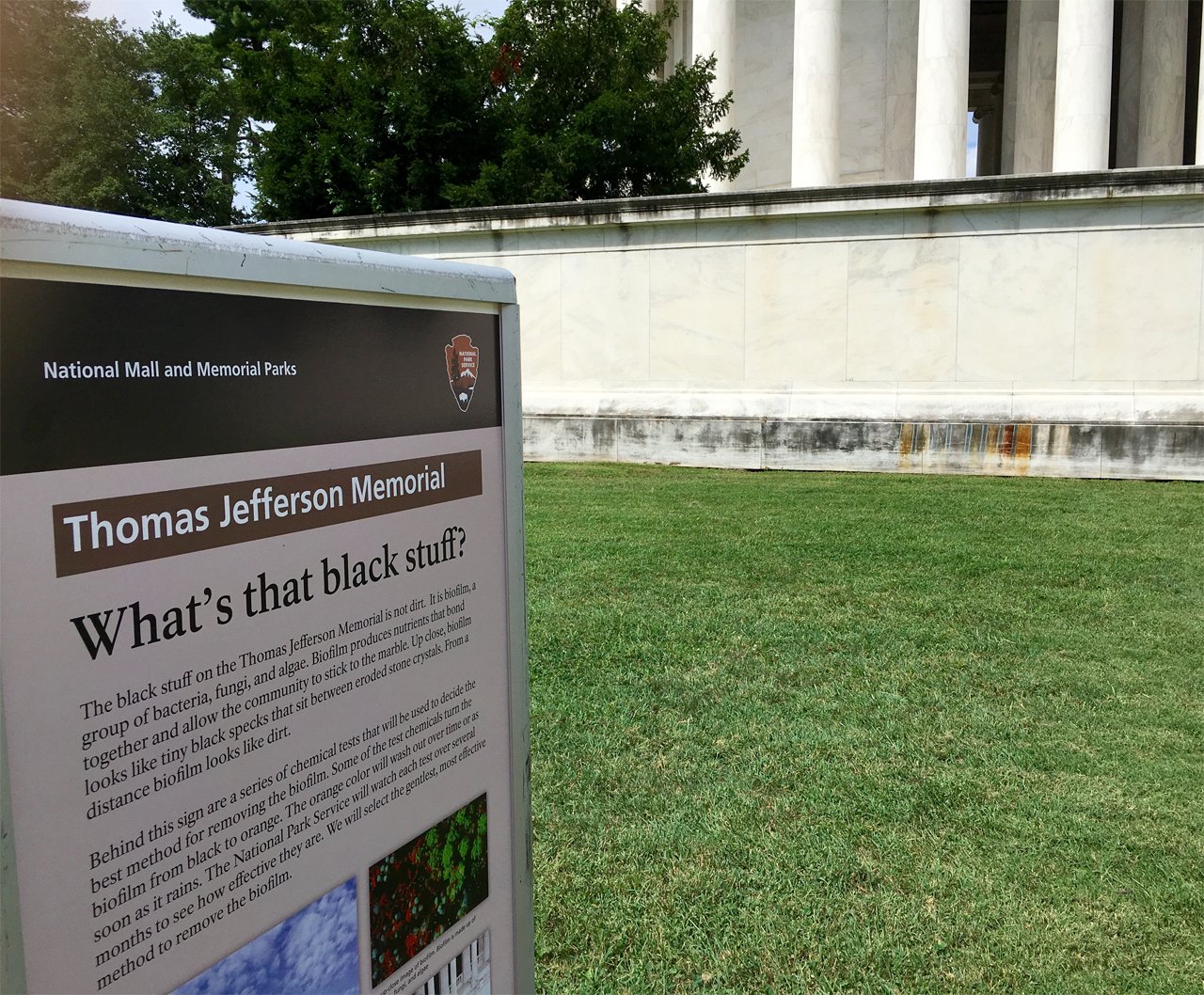 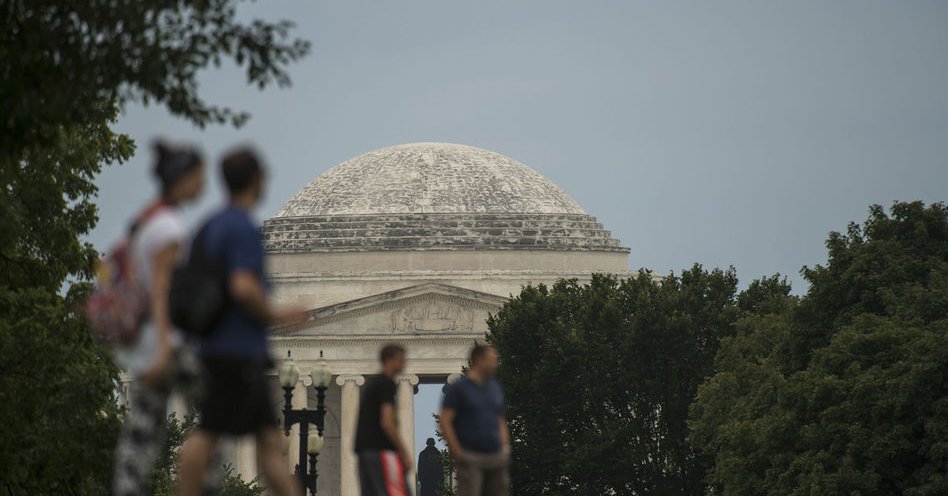 Second image of the outside of the Thomas Jefferson Memorial was used from the National Park Service Press Release.

Tom Coenye
I want my broadband to be transmitted via bacteria
Research, News

I want my broadband to be transmitted via bacteria